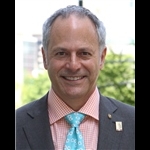 James A. Walbridge, AIA, President of Tekton Architecture, graduated with a Bachelor of Design from the University of Florida in 1988 while working in-the-field and on-the-boards throughout his education. Arriving to California in 1990, his mentorship continued with another Design-build firm led by Bill Remick while also earning his California General Contractor’s License. Leaving the firm in 1994, James returned back to the field to hone his “bags-on” construction techniques and management skills. James founded Tekton Architecture in 1995 and formed Artisan Builders Corporation with Andrew Sinor in 1996 to formalize a true Architect-Led Design-build Practice. James and Andy’s early hands-on work and emphasis on craft fully embraced the concept of the architect as “Master-Builder” and continues to be the gestalt of the firm today.

Since 2003, James Walbridge's passion for sharing knowledge has been witnessed through his development of many unique CES programs on a local, state and national level including (9) presentations at AIA National Conventions in 2007, 2011, 2012, 2013, 2014 and 2015. He has developed a successful presentation style that has been lauded by his peers and has continually received the highest evaluations making him a qualified candidate for a speaker on this topic.