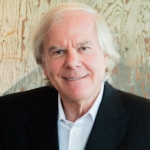 Paul E. Westlake Jr., FAIA, is a Senior Principal and Global Sector Leader for Culture + Performing Arts for DLR Group. A Lead Designer specializing in planning and design, his award-winning projects encompass new theatres and performing arts centers, the preservation / adaptive reuse of historic theatres, museums, galleries, and other fine arts facilities. With more than 30 years of experience in these project types, he has been personally involved in the study, renovation, and design of approximately 200 cultural facilities nationally and internationally, including work in Shanghai, Beijing, Taiwan, and Gabon, Africa, and on four of the six largest performing arts centers in the United States. Paul was one of the youngest architects to have been elected to the College of Fellows of the American Institute of Architects and is a recipient of the Gold Medal from AIA Ohio. Projects in which he has been involved have received wide publication and nearly 200 significant design awards including AIA architectural design awards, AIA COTE Top 10, GSA, National Trust, and Urban Land Institute awards. Prior to joining DLR Group, Paul was the Managing Principal of Westlake Reed Leskosky which was ranked #1 and #2 overall in Architect Magazine's Top 50 in 2014 and 2016, respectively, and also ranked #1 in Sustainable Design in 2012 and #1 in Business in 2014. Under his direction the firm expanded from an architectural practice based in a single office in Cleveland to an integrated international practice including seventeen design disciplines with offices in Shanghai, Los Angeles, New York City, Washington D.C., Phoenix, and Charlotte. He received a Master of Architecture with Faculty Commendation from Harvard University, a B.A. in Architecture from the University of Pennsylvania, and a B.S. in Economics from the Wharton School of the University of Pennsylvania.