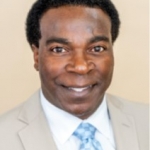 Tony M. Wilkes began his Davidson County Sheriff’s Office (DCSO) career in 1987 as a Correctional Officer assigned to the Workhouse (currently known as the Jerry Newson Center). In 1991, he transferred to the Criminal Justice Center where he worked as the master control operator until 1994. He was then promoted to an Administrative Services Officer at the CJC, and two years later he became the CJC Chief of Security. In 2002, Tony transferred to the Correctional Work Center, now Correctional Development Center, as Chief of Security, and was later appointed Administrator of that institution. In 2006, Tony became DCSO’s first-ever Site Administrator for the Sheriff’s Correctional Complex overseeing the management and administrative duties associated with operating multiple stand-alone correctional institutions. In 2008, Tony was named DCSO’s first-ever Chief of Corrections, which he is responsible the administrative and operational management of five stand-alone institutions.

He has an Associates of Arts in Business Management and a Bachelors of Science in Business Management through the University of Phoenix. He is an American Jail Association (AJA) Certified Jail Manager, National Institute of Corrections (NIC) Executive Excellence graduate, a NIC Training Consultant, and represents the Davidson County Sheriff’s Office on NIC’s Large Jail Networking committee.

As a member of the American Corrections Association (ACA), Tony serves as the Board of Governor for Adult Local Detention (ALDF); a sub-committee member for ACA Restrictive Housing Ad-Hoc Committee; and ACA Staff Safety and Security Committee. Tony has served as a subcommittee member that reviewed and updated the ACA Health Care Performance-Based Standards for jails. Since 2012, Tony has served as an ACA training consultant in the United Arab Emirates (UAE) for the Abu Dhabi and Dubai prison system; an ACA Auditor for Mexico prison system; an ACA auditor for the Okinawa and Hiroshima, Japan military facilities; as well as conducting vulnerability and security assessments for the Los Angeles County Jail system and the Henrico County Sheriff’s Office. In addition, Tony is an ACA Training Consultant certified in Correctional Behavior Health Certification (CBHC) which he’s presented within the United States and the U.S. Virgin Islands. In December 2019, Tony was selected as an ACA training consultant to present the ACA accreditation process to the Ohio Department of Rehabilitation and Corrections (ODRC) and the Ohio Bureau of Adult Detention (BAD).

Tony has served on ACA Executive Committee in the following capacity: Treasurer for 2017-2019; and recently elected to serve as ACA Vice-President for 2019 – 2021. In August 2021, Tony received the ACA Edward R. Cass Award, which is the most prestigious, and highest honor bestowed in the correction’s industry.

Tony has spent the 34 years in corrections building a career and taking a progressive approach in influencing the profession locally, nationally and internationally.