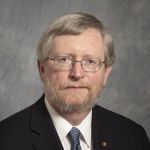 Steve is also a member of the International Code Council (ICC) “General” Code Development Committee which hears testimony and votes on code changes for the International Building Code. His participation in the national code development process and on the Building Standards Commission gives Steve a unique understanding of building code and accessibility requirements and interpretation. He was for eight years a member of the City of Berkeley Landmarks Preservation Commission, and was chair of the commission during part of his term. He was also on the Board of Directors of the National Institute of Building Sciences (NIBS) from 2009 through 2015.